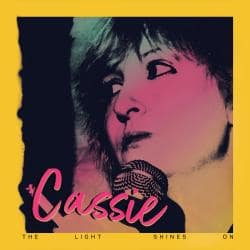 Are you using Freegal? If you're a music fan, you need to explore this excellent service that gives you five songs per week — absolutely free — that you can keep forever. There are thousands of songs from popular artists and tons of new & upcoming bands and musicians to enjoy. Check out our staff pick of the month!

The Light Shines On, opens a new window by Cassie
Cassie were one of the first-rate bands in the second-run Blondie business. The quartet first emerged in 1979 from the Isle of Wight under the name Flirt. The distinctive lead vocals of Debbie Barker place these previously unreleased recordings apart. Further, had these songs been set free in the early ‘80s, they could have given the Photos a run for the money in the UK Blondie sweepstakes. Blondie (Eat to the Beat-era in particular) does indeed inform the main direction of their sound, which radiates the expected strong sense of melody conveying similar themes of image, inspiration and intuition. Blazing guitars, skip-along drums, beguiling vocals and dashing jackrabbit tempos are framed and brought into focus by an overall tautness. The opening title track “The Light Shines On” recalls Katrina and the Waves with its bounciness and jauntiness, while also anticipating the Primitives and their spirals of chiming guitars. When it reaches the sing-along chorus, “Falling” drops into a gliding melody that could have been etched into fuzzy memories of listening to the Rock Over London radio program. Skirting the edges of a show tune in the best way possible with its indelible melody, “Boys Will Be Boys” is the band's showstopper. This straightforward song could have easily been slotted on Rhino’s Just Can't Get Enough: New Wave Hits of the '80s – presuming its release in the Thatcher era. Another highlight is the ringing “Find A Way,” which is the perfect encapsulation of the early '80s independent power-pop ethos. The dub influence that was so pervasive in UK music of the time (e.g., the Police) appears in the digital bonus cut “Driven by the Tide.” In retrospect, Cassie had affinity with the mini-movement comprised of female-fronted groups spanning the globe and have gone on to achieve belated recognition like Holly and the Italians, Nikki & the Corvettes and even the Go-Go’s. The high tide of the new wave movement did raise all ships and thankfully began to open opportunities for groups led by women. It's undeniably exciting to hear these female-fronted treasures, sparked by the spirit of ‘77 and carried along by the changing currents of the new wave, resurface 40 years later to shine in the light of now. - Ted (Downtown)

We welcome your respectful and on-topic comments and questions in this limited public forum. To find out more, please see Appropriate Use When Posting Content. Community-contributed content represents the views of the user, not those of Chandler Public Library